Evento Virtual: "Colombia Inside Out" 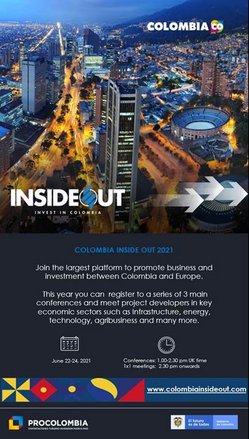 Tesla, one of the world’s most innovative companies in the world, is entering the market in Colombia. While the brand has been selling…

Tesla, one of the world’s most innovative companies in the world, is entering the market in Colombia. While the brand has been selling their high-efficiency luxury cars in the United States for several years now, the coveted brand will be entering the Colombian market with their most recent Model 3 automobile. Already being marketed and sold in Europe and Asia, Tesla entered the Latin American market through Brazil and Mexico where the Model 3 is already being marketed together with the Model X, Model S and Model Y references. 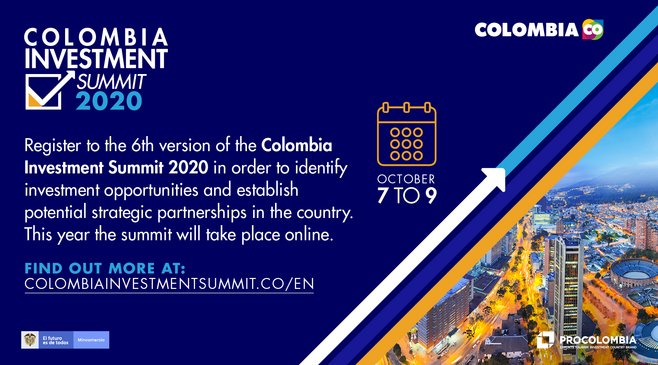 Web Conference: "Is Nearshoring worth it?" – The Colombian Experience

„Is Nearshoring worth it?“ – The Colombian Experience

The concept of Nearshoring is not new and has been a practice used by companies that, by taking advantage of the available and skilled labor at low costs in neighboring countries and their cultural and linguistic proximity in markets of interest, have been able to find efficiencies and generate growth. However, this concept has attracted greater interest due to the global crisis of COVID-19 which has generated enormous challenges and implications specifically in the disruption of supply chains. There are a large number of companies that established production plants in Asia years ago, motivated by low costs and incentives, which were strongly affected by restrictions on the mobility of people and border closures. This situation revealed imminent risks due to the high dependence of many industries on having their production concentrated in Asia.

Around this issue, recent studies have shown that one of the biggest challenges for companies in the next 3 years will be the diversification of supply chains between different countries (McKinsey & Co. "Economic Conditions Snapshot, March 2020"). Moreover, articles from The Economist on the future of global supply chains, highlight countries such as Colombia, Costa Rica, Morocco and Tunisia as potential winners of these changes (Covid-19's blow to world trade is a heavy one"). However, there are sceptics about Nearshoring, who argue that this practice is not necessarily a trend, as an eventual relocation of production will happen only if it makes sense for the business. Therefore, this panel interest is to deepen into what Colombia has to offer for shifting supply chains based on the experience of German companies, on the analysis from consulting firms and the Colombian government´s economic reactivation strategy.